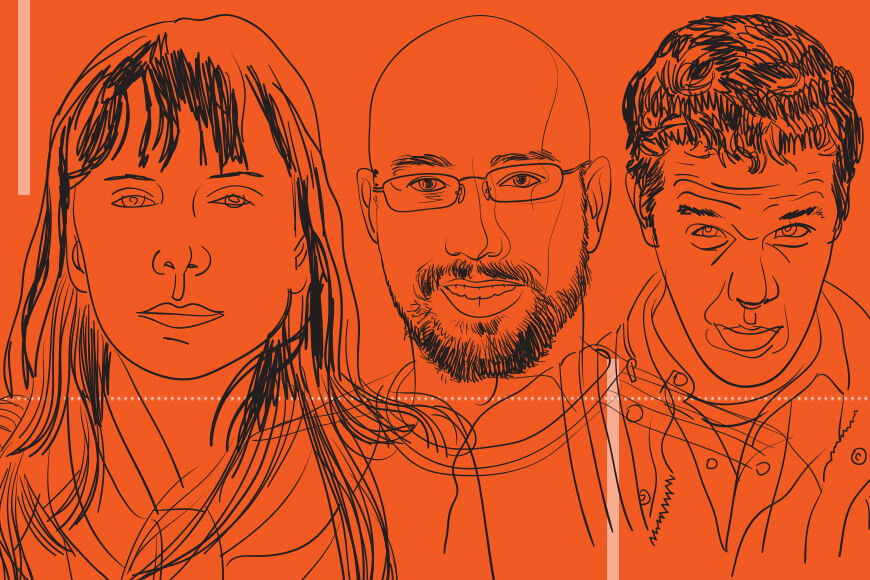 If You Were a Business Illustration 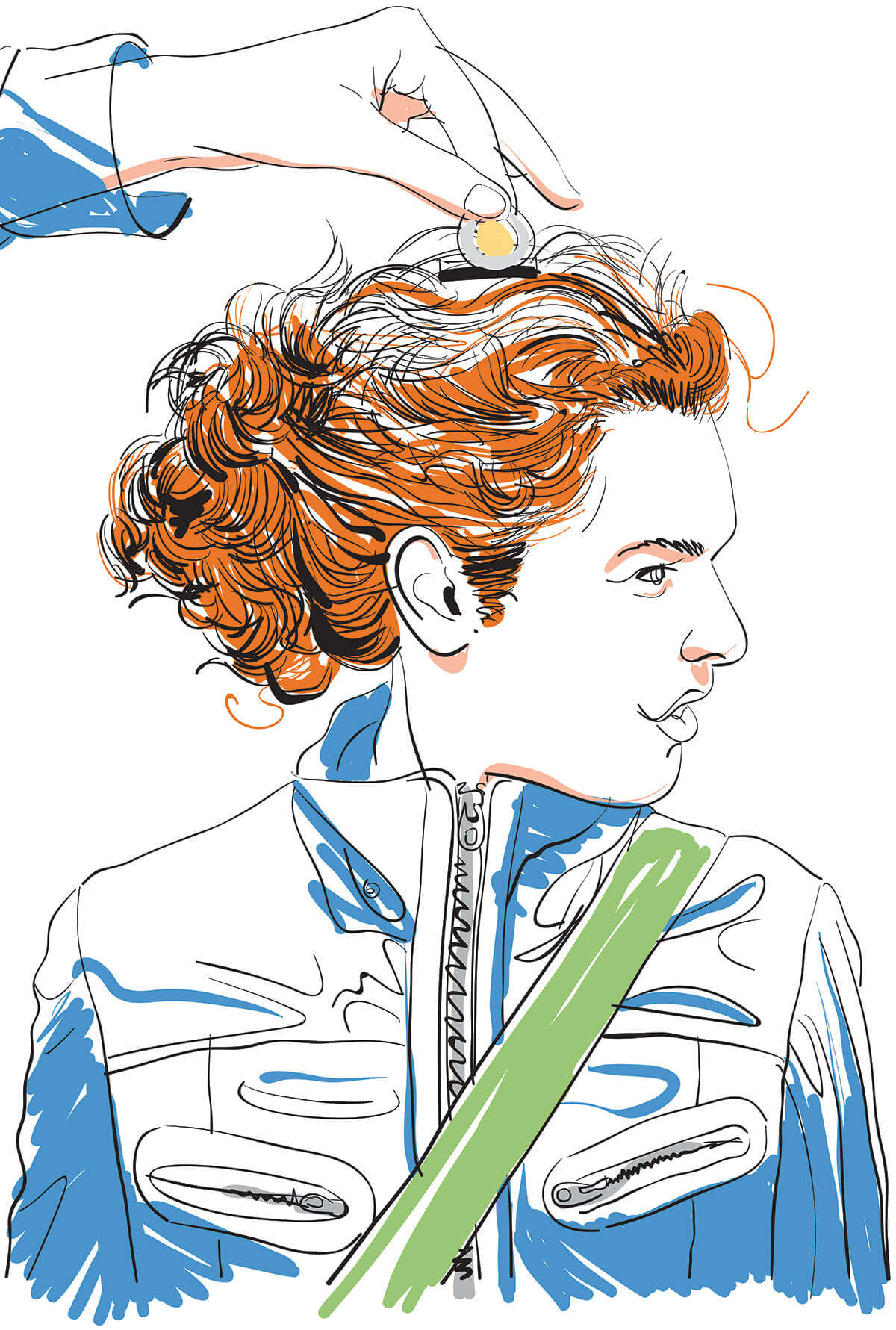 Unlimited Magazine has been Venture Publishing’s award-winning business/lifestyle magazine for Gen Y, but with the economic downturn, it’s profitability as a print product has evaporated. The company has decided to turn it into an online product and I was tasked with creating the headshots for the various departments.

As writers come and go, I wanted what we did to be flexible and easily swapped out. Also, as you can see in the top series of headshots, trying to get matching photos would be a time-consuming and costly process, and Unlimited needs to run as a very lean ship now. What we have to work with is a mix of supplied photos and “Here, stand over by this beige wall because I need to have this up by 3pm” snapshots.

I took those photos and placed a sheet of vellum on top, drawing over them with brush and ink to create simple, loose portraits.

The next step was to take the photos and turn them into colour halftones and – for the third series here – extend it to give him shoulders. I went in to the art after that and created stronger contrast in the face, and finally layered in the ink drawing to complete this pop-art approach.

The comic book influence was met with a lacklustre response and the full colour in the supplied header bars was deemed to be too heavy, but I was on the right track. Time to take a step back and try a modified approach.

Rather than the more traditional brush work, I took the photos into Illustrator and traced over them with an even looser brush technique, not worrying too much if I wobbled or made an accidental line.

And that was it. Loose and expressive lineart over the solid colour of the bar. Quick and effective delivery on a no-budget task.

We did the same thing a few days later for an article on investing in yourself.