Do Not Feed the Wildlife Posters 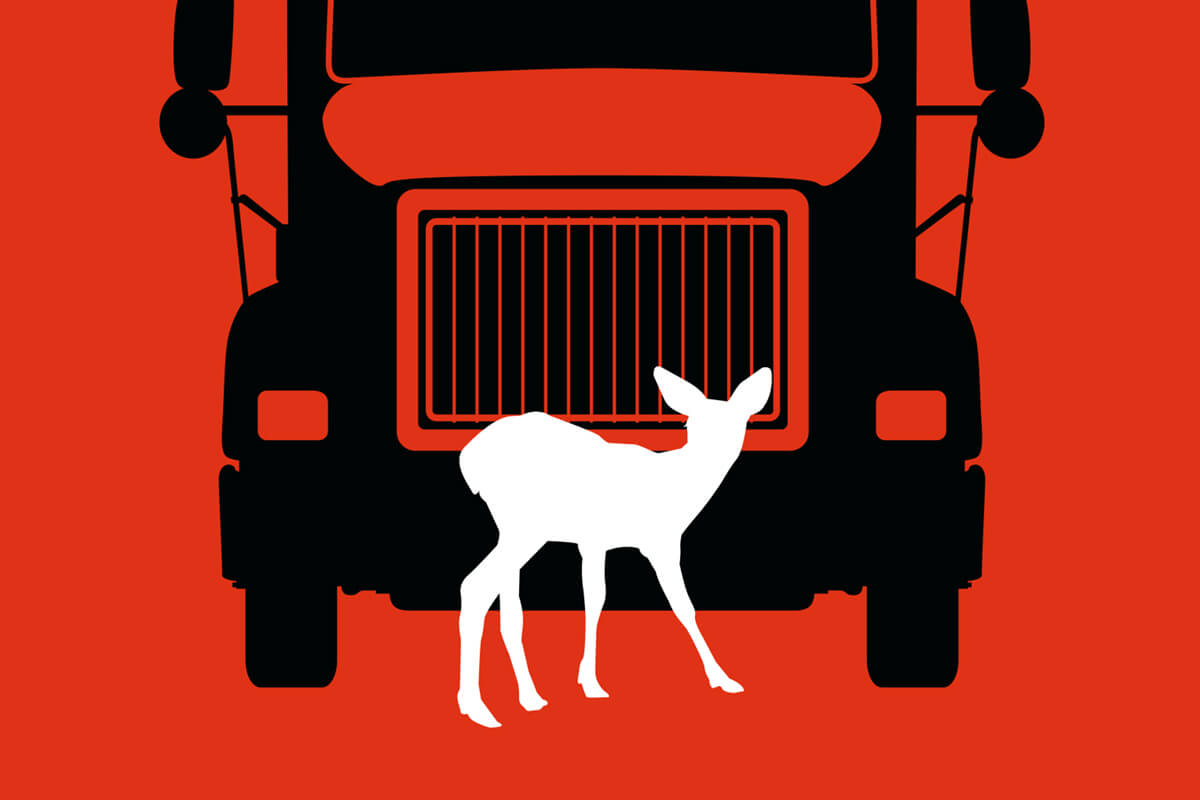 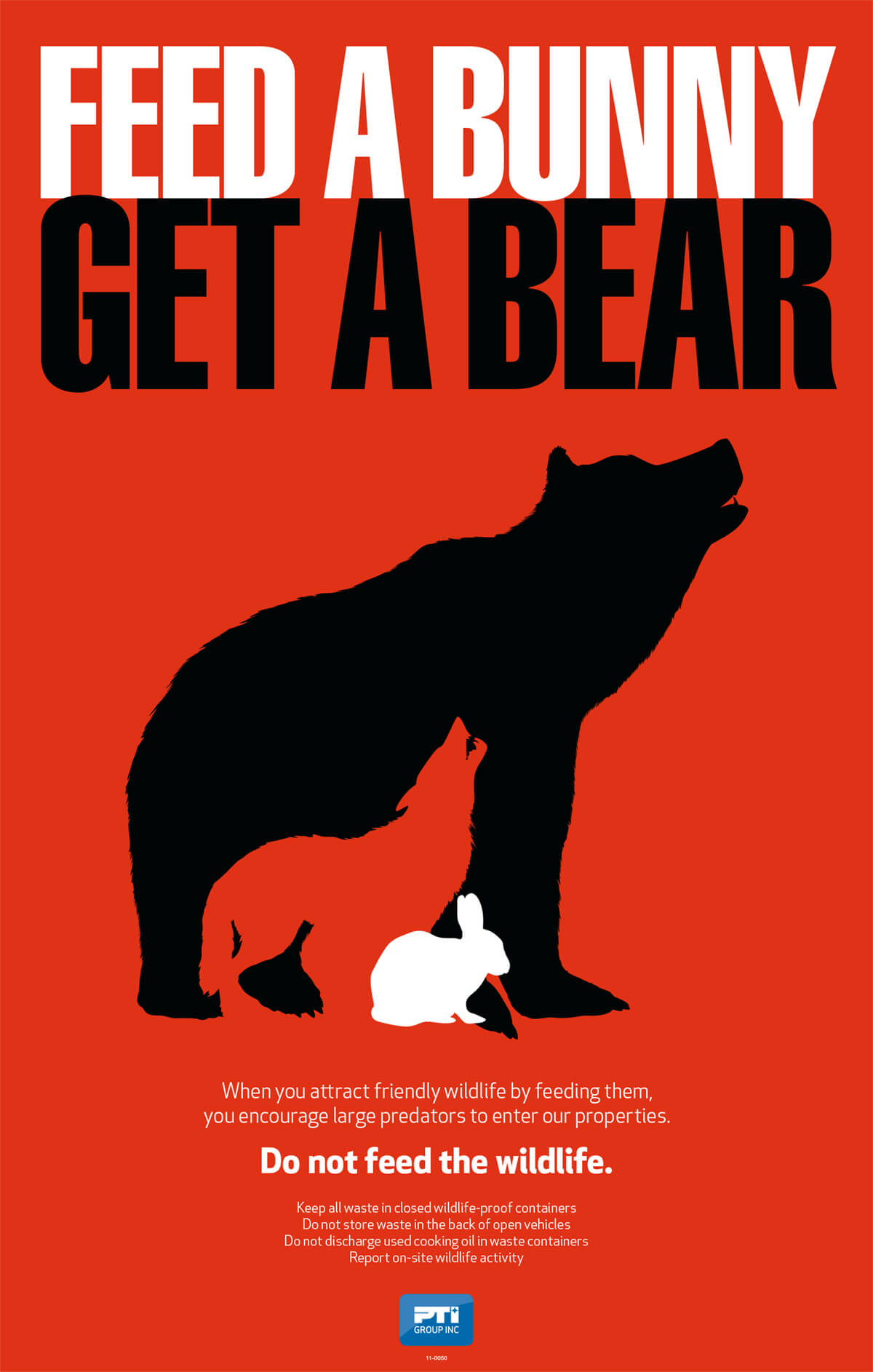 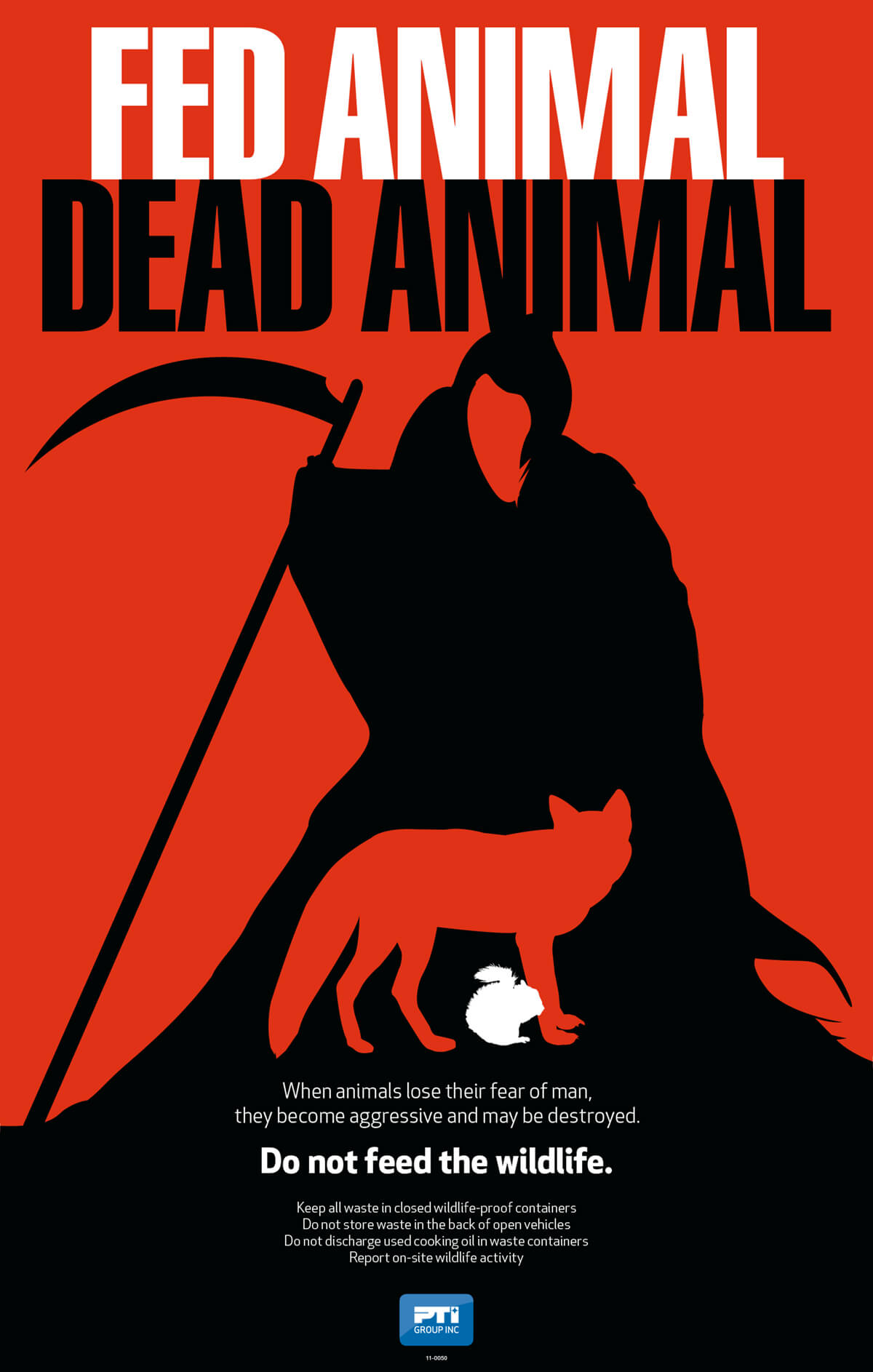 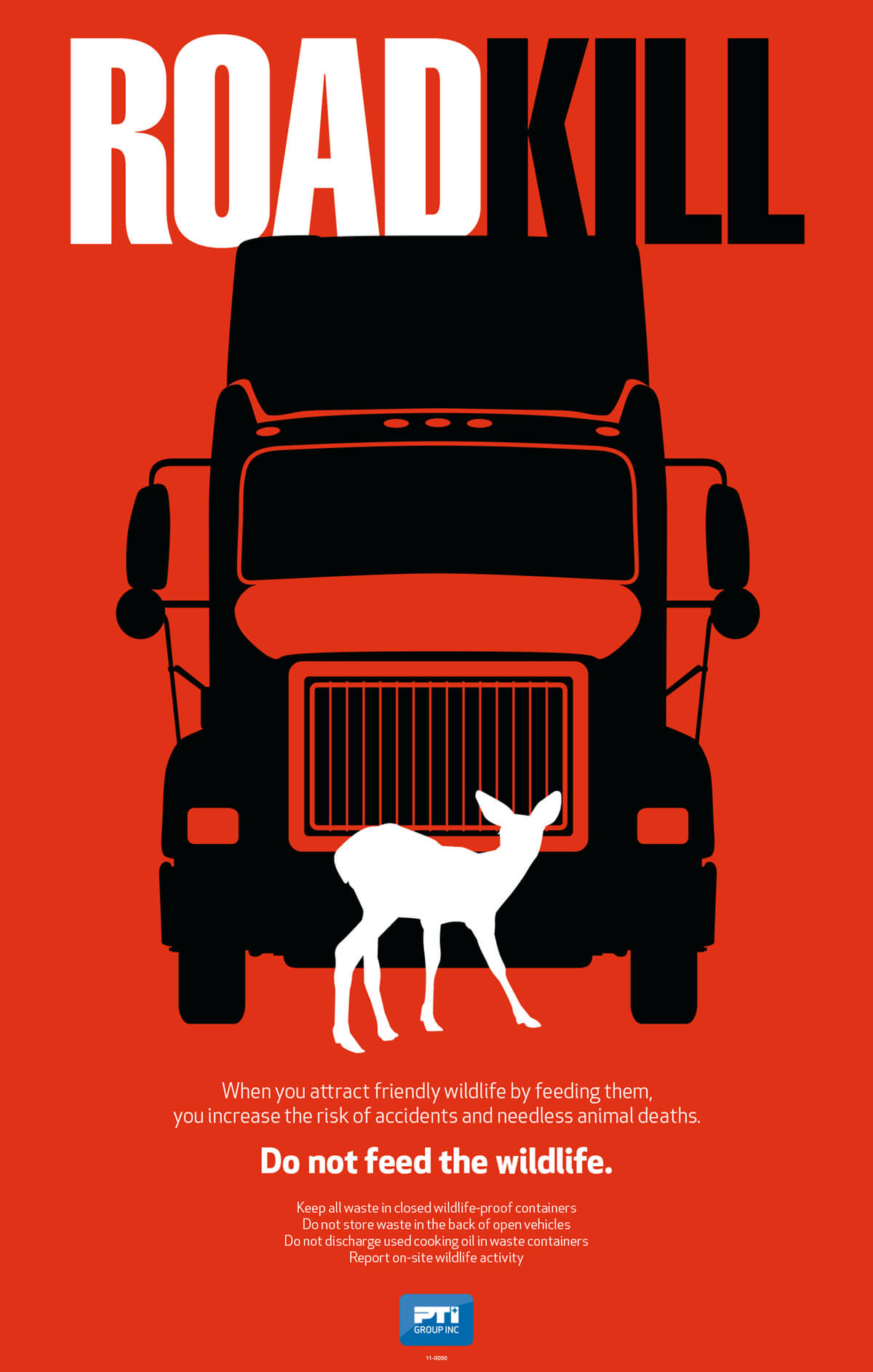 In remote area workforce accommodations, wildlife is part of the landscape, and it’s always important to remember that we’re in their world, not the other way around.

Inevitably, animals will become curious, and if encouraged to stay due to people’s friendly behaviour and/or providing scraps of food, the two worlds come into conflict.

This company’s strategy was two-fold. First, make it standard practice to deny food by using secure waste receptacles. And second, through ongoing education make staff and guests aware of the consequences of blurring the lines between humans and animals.

We wanted something bold and memorable, and less earnest than PSAs usually are. It was okay to be a bit funny while we drove the point home.

Bunny. Bear. Bunny. Bear. The alliteration worked. As did the wolf in the middle to complete the food chain.

The original version of the Grim Reaper made the client pause, their eyes went wide and they didn’t say anything. Death had a skull with points of red in the eye sockets and his bony finger was pointing down at the fox’s head. I thought I had cleverly worked in a Monty Python “It was the salmon mousse!” reference.

When the client spoke, he said something like, “That’s a little, um, wow.” Where I saw a bit of harmless dark humour, he saw the cold touch of death as it gripped his heart. And not in a therapeutic massage kind of way. Fair enough. We pared back the image to be simpler and more graphic (while being less graphic, oddly enough).

It’s Bambi. In front of a big truck. This one drew the strongest reaction from our audience.

We had put up the posters, and we also made slide versions for the televisions in the common areas throughout the lodges. Including the dining rooms.

A couple of weeks in, we started receiving complaints: “I don’t wanna see no goddamn pictures of road kill while I eat!” Even though there were no photos of that on the posters. We didn’t want to make people’s meals unpleasant, so we pulled the Bambi version from the dining rooms. But we’d undeniably reached our audience and made an impact.